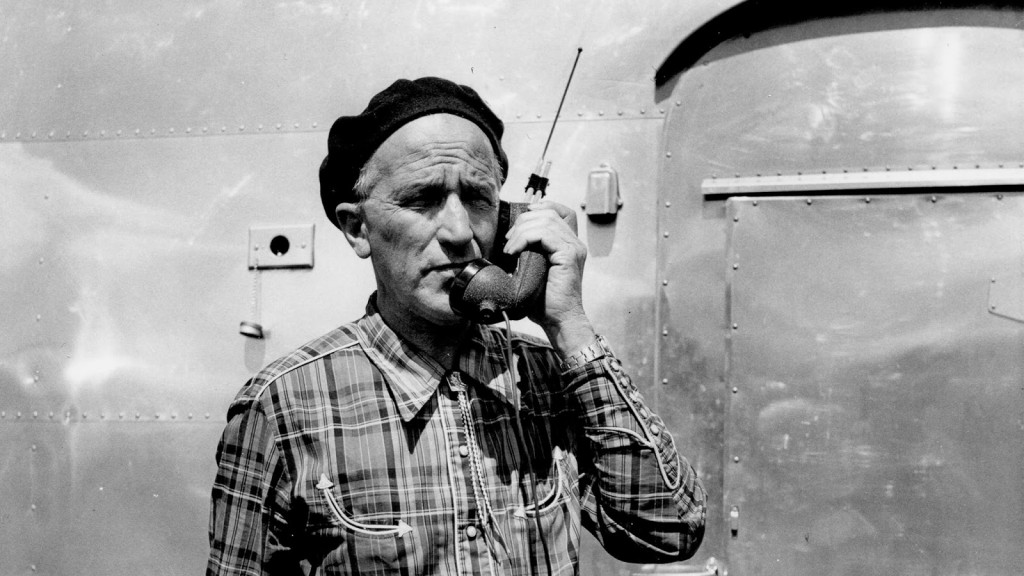 Long before the era of video calls and internet connectivity, Airstream’s founder Wally Byam took his work on the road. Wally was passionate about providing Airstream owners with endless opportunities for travel and adventure. Starting in 1951, he led a series of Airstream caravans all over the world: through Mexico and Central America, across Europe, and perhaps most famously, from Cape Town, South Africa to Cairo, Egypt.

Leading these caravans was hard work for Wally as he was ultimately responsible for the safety and well-being of every caravanner. The group traveled through foreign lands and across rough roads, making the task even more difficult and unpredictable. Wally also had to continue to lead his company from the road, which was no easy task. He had to ensure Airstream built the world’s finest travel trailer, supported its employees and dealer network, and continued to give customers the ultimate travel experience, full of fun and adventure.

Caravanning allowed Wally to test his Airstreams in extreme locations. He could observe first-hand how the travel trailers handled rugged terrains and discover any issues that needed to be resolved. Wally was committed to continuously improving Airstream’s quality, constantly reminding his team, “Let’s not make changes. Let’s only make improvements.”

Interested in living the Airstream dream like Wally was? Take a look at our showroom of Airstreams!

Wally was also famous for saying, “Don’t give me any reasons why it can’t be done.” This was why he was equally determined to find a way to communicate the improvements needed to be made back to the factory while he was on the road. Wally began to record his observations and ideas through audiotapes, letters, and telegrams.

Wally Byam recording messages for the factory on a dictation machine while inside his iconic Gold Airstream on the 1959-1960 Africa Caravan.

Wally also used a device known as a SoundScriber to record his messages. A Soundscriber was a dictation machine that recorded sounds onto soft vinyl discs with a stylus. Wally used these discs to record messages that he then sent to Airstream leadership, business associates, and loved ones back home. He would also receive replies via these same discs.

Wally Byam recording messages for the factory on a dictation machine while inside his iconic Gold Airstream on the 1959-1960 Africa Caravan.

While on the road, Wally remained in constant contact with the factories in California and Ohio. During this time, he would launch new and innovative product ideas, report caravan news, promote and plan his next caravans, and ultimately guide the company to fulfill his vision.

This desire for innovation has fueled Airstream ever since. Take a peek at how Airstream has innovated across multiple models by visiting our online showroom!

Wally realized that caravanning opened up a whole new world of experiences and learning opportunities for Airstream owners. Whether they were children still in school or retired adults, the caravanners experienced a once in a lifetime opportunity to observe the world through first-hand lessons in geography, sociology, linguistics, history, economics, and more.

Young caravanners packed their textbooks, typewriters, and lesson plans in the Airstream and corresponded with their teachers via mail throughout the trips. While learning via textbook was important, Wally firmly believed that valuable lessons were also to be learned on the road. 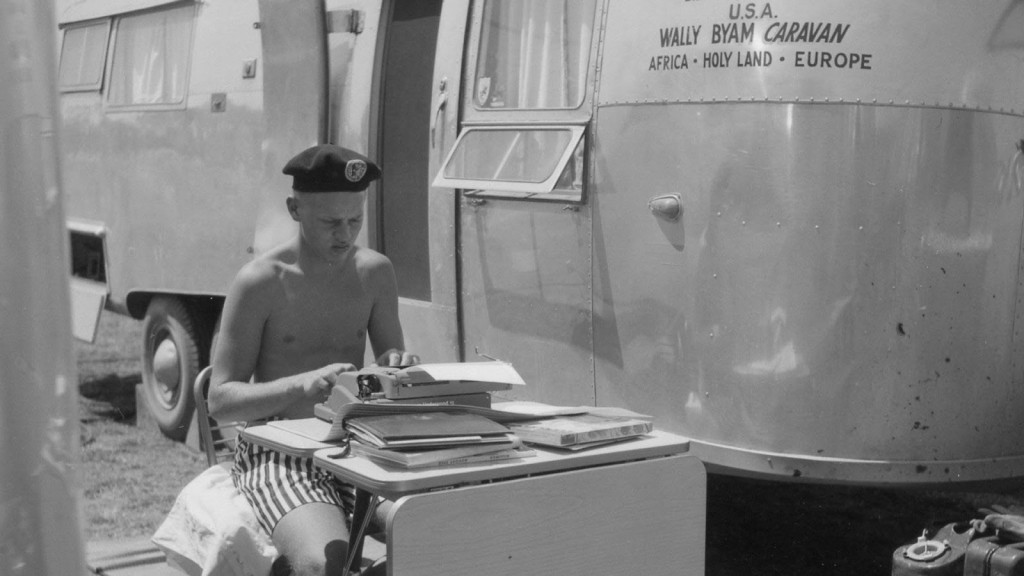 Young caravanner Bob Nolte completing schoolwork at a campsite while on the 1959-1960 Africa Caravan.

Wally took his second cousin, Dale “Pee Wee” Schwamborn, on the 1951-1952 Caravan to Mexico and Central America. At the time, Pee Wee was twelve years old and upon their return, they discovered that his school officials wanted to hold him back since he missed 4 months of 8th grade. Wally was able to convince the officials that the trip had been a valuable learning experience that was equal to, if not greater than, those 4 months in the classroom. Dale had exposure to the Spanish language, explored countless historic sites and capital cities, and met important foreign officials, including the President of Nicaragua.

Traveling in an Airstream with “all the comforts of home” enabled Wally and his caravanners to be productive from anywhere and everywhere. Whether they were camping at the foot of the Pyramids of Giza or parking alongside the Seine, Wally and his caravanners knew that traveling in an Airstream gave them the true freedom to work, learn, and live from anywhere.

If you are looking to purchase an Airstream then check out Airstream of Montana! With a wide variety of both new and pre-owned Airstreams, you will find the perfect one for your next adventure! For more information, check out our website, give us a call at 406-541-4800, or come on down to our store at 4800 Grant Creek Rd, Missoula, MT!